I like cruises and I like the Middle East but I didn’t know how the two would combine. It didn’t seem like they’d mesh well together, that you should just focus on one or the other.

Well I was wrong to worry. The two complemented each other perfectly. It really was the best of both worlds. Along with good food, easy accommodation, a variety of entertainment, and a good price, we got to see alot of shit as well. There was a tour of the world’s tallest building, gorgeous beaches, dolphins, Omani fiords, camels, coffee with Bedouins, 4x4s over sand dunes, many mosques, and confusing graffiti.

Any time I go on vacation I want to come back with some photos. Even if I have the time of my life on a trip, if I don’t have some quality pics to go along with it, I see it as a bit of a bummer.

It was impossible to leave the Emirates/Oman without great pictures, all you had to do was open your eyes. Even Amanda had some breathtaking pictures, all taken with her phone.

“I’d eat a snake while looking at a snake.”

“I’d rather think about ninjas than Jesus Christ. ”

“I wonder how many times you’re going to bleed on this trip.”

“Beak down, ass up…that’s the way we like to shit.”

“Why do you have to hurt me anytime you want anything?!??”

“I want to know the weight of the Burj Khalifa in Mentos.”
“Or bibles.”

“My shovel was my best friend.”

Waiter – “you want to be sexy all the time?”

“I would mourn your death, we’ve discussed this enough times.”

“If you didn’t want to get yelled at by strangers, you should have just stayed in your sun chair.”

It really is a slippery slope though. You take a trip like this and all you can think about is where else in the world you want to hit next. It becomes an obsession. It’s like adrenaline junkies always looking for the next fix. It just keeps getting worse. The more places I go, the more I want to visit. Discovering things like how the Middle East isn’t scary and is completely bad ass doesn’t help matters.

As of now I have big trips I am positive I’ll take as soon as possible, but even if I knock them out as quickly as possible, It’ll take four years to do them all, unless I win the lottery. Southeast Asia, Nepal, Greece/Croatia, China, Machu Picchu, and Antarctica are a few. I think Nepal is the Fall is next.

Sometimes I think that I’d be better off if I never left my hometown and had no idea how amazing the rest of the world is. It’d certainly save me alot of money if I bought into the propaganda and truly believed that America is the only worthwhile country in the world. That’s what we were taught growing up, maybe they were just trying to save me money.

February 20, 2013…..I love Penn Station. it’s one of the few places in the world where people of different social classes really integrate legitimately and effortlessly.

Originally built in 1910, Penn Station is the busiest train station in North America. It has twice as many passengers as its sexier neighbor Grand Central Station but everybody knows that Penn Station is where it’s at as far as interactive zoos.

I’m sitting in the back of Charlie’s Philly steak joint by the New Jersey Transit tracks waiting for a train. I sat in the back by the tv and took a look around. To the left of me is a homeless black man sipping on a free water and periodically checking the trash can for his lost “black bag.” He does this for thirty minutes.

Next to him is a well dressed college kid in smart-framed glasses heading back upstate to wherever his campus is. In the corner is a homeless white lady with no teeth and slippers. Behind her is a middle-aged Jewish man in a very expensive pea coat. He’s talking to a potential business partner about how their Photo app is coming along. We’re all sitting here, eating food which I’m sure has been touched my some sort of vermin at some point today, watching SportsCenter.

You’d never see this collection of people sit so comfortably together anywhere else in the world. On the streets, the homeless people would be asking for food or money or, why lie, alcohol. Most of us would probably put on our blinders as we passed by and barely utter, “no, sorry” as we scurry past. I wouldn’t pay attention to the homeless guy, I wouldn’t even notice the business man with his Rolex and fancy cufflinks,not in the real world anyways. 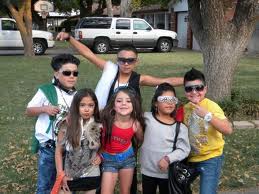 Out in the terminal there are loads of Bridge and Tunnel kids making a jaunt into the city for a bit of fun and mischief. There are also droves of young professionals leaving the city for an excursion back to wherever they came from. All types are heading to the airports and then on to who knows where. Some are coming in for the big Knicks game that’ll start in a couple of hours.

Some practically live in this massive station and will never even have to venture above ground for anything. All of their needs are met underground. They can get any kind of food known to man as well as drinks, clothing, electronics, furniture, books, computers, or whatever else a person could possibly want right here in this station. There’s even a medical facility and police station down here. The people living down here would have no idea it’s freezing outside if the outsiders weren’t descending the stairs or coming off of trains all bundled up.

These people I’m surrounded by have their prejudices and judgements I’m sure, but when you’re crammed into a filthy train station fast food place, everyone puts it on hold and takes a break from all of that. The homeless lady brushes past the Jewish gentlemen and knocks a cap onto the floor. The man apologizes for being in the way (which he wasn’t), smiles, picks it up, and goes back to the conversation. He treated her with complete respect.

I listen just as closely to the Jewish men discussing apps as I do to one of the homeless guys telling the other (obviously on heroin) his predictions for tonight’s college basketball triple header on ESPN. He picks Syracuse to lose, Kansas to win, and then Arizona to win the night-cap, a bold pick since Syracuse is on fire and they’re playing at home. The other guy nods and asks if they’re already up to the Sweet Sixteen. Point of fact, March Madness hasn’t started yet and the Sweet 16 is a month away. Doesn’t matter though, people are bonding over their surroundings and I love it.

I used to think that I could spend a year in one of these train stations if I had to do it. I used to think that about the World Trade Center because not only did they have dozens of food options, they also had a full on mall down there. Then 9-11 happened and it wasn’t as much to think about being trapped under the World Trade Center anymore. Though in the days after the attacks I did cling to the hopes that some of the people trapped in the rubble might be able to somehow get to some food or water just because of how much of it was down there. In the end I doubt that made any difference at all but it gave some of us hope.

As good as the WTC complex would’ve been for living underground, Penn Station in NYC is infinitely better. There’s an entire KMart in here! I showed up too early for my train so I happily spent the time walking around the store. I ended up buying discounted Valentine’s and a Just Dance game for my friend I’m visiting in New Jersey. his birthday is in a few days. I tried to get him an ironic Tim Tebow or Justin Bieber poster but they were sold out of both. Instead I got a supplemental gift of Children of the Corn 4 on DVD. Like I said, you can get anything underground. 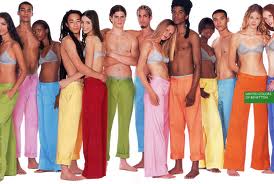 I love the variety. I love how the place is a massive Benetton ad but not just with skin color. Some of the most destitute human beings I’ve ever seen are in this back room along side multi-millionaires and it’s like this all the time, every day. True, the rich are usually just here for an hour before their trains to Westchester or Long Island come rolling in, but it’s a major part of their lives, just as it is for the smelly junkies, rabid Rangers and Knicks super fans, and orange Jersey teenie-boppers. What else are all these people going to have in common other than Penn Station?

I could people watch here for hours. I’m shocked that no one has done a documentary on this place, there is a wealth of material.

The best thing I saw was a black guy around my age with his little four-year old daughter. She saw some on duty cops and ran over to them to say Hi and get a free sticker. The dad did not approve and gave the cops the eye. She didn’t care though, she acted like she was talking to two Princes. As he dragged her away she screamed back, “Thank you policemen, have a good day!” The cops, two white guys of Irish descent, were visibly touched and blew her kisses. I don’t know what it is, but this crowded, dirty, smelly, dilapidated train station seems to bring out the best in people.

If you ever have a few hours to kill in New York City and want to examine the human experience in all of its forms and socio-economic conditions, go to Penn Station, take a stroll from one side to the other, and prepare for your education.