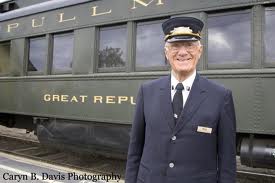 Our pilot was Choo-Choo Charlie.  He has this annoying thing of pretending we’re all on a train pulling out of the station whenever our plane pulls away from the gate.  He even has a train whistle that he plays over the P.A. several times during the flight.  What’s worse is that the passengers eat it up.  They think it’s hysterical.  I thought it was funny the first time I heard it but after the fourth time (on the same flight), I was over it.  Everyone just puts up with him though because he’s so damn nice.  Today when we got on the bus in London to go back to the airport, he had Krispy Kreme donuts for everyone.  Pilots used to bring donuts or coffee for the crew all the time back in the day but it’s very rare nowadays.   It’s been years!  I was starving too, so today was the perfect day to run into Choo-Choo.  I can totally put up with the “pulling out of the station” bit if I have a sugar high.