Frascati, Italy… Beautiful, charming, and why you can never make me go back

I’m sitting on a stone wall in this random town that lies on a hill overlooking Rome, which is about 30km away. I’m not exactly sure how I ended up here and I’ve already forgotten the name of this village. I went to the train station in Rome hoping to go to Tivoli for a random afternoon in a random place recommended by a website devoted to day trips from Rome. The next train was at 2:40pm and it was 11am so I went to plan B.

I wanted to go somewhere, anywhere that I’ve never been before. I went to the bookstore in the train station and found a touristy book about Rome day trips. It said this place was picturesque, old, quaint, and quiet. Some great wines come from its foothills. Perfect. They had me at Picturesque.

I went back to the kiosk and checked when the next train would be. It said in 30 minutes. Without thinking about it, I bought the ticket and headed to the platform. After checking the ticket I now see that I’m in Frascati. I chose that place because it sounded vaguely familiar but now I’m thinking that I confused it with Biscotti cookies, but this is good too. It’s just what I wanted: small, sleepy, common, and real. 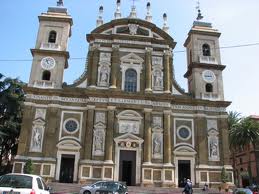 I strolled through the streets and took pictures of rustic houses, tiny cafes, the scenic views, and of a Church built in 1305. When I go to my wall I meant to just take a photo and walk on, but I found a cell phone sitting on it so I took a seat and looked around. There wasn’t a person in sight and the beat up phone looked like it’d been there for days. I sat there for fifteen minutes, just staring at Rome in the distance and thinking about things.

That’s when the phone rang, “Jose” came up on the screen. That’s when I got the idea to call my girlfriend in New York from the ghetto Italian phone. I wasn’t going to steal it, just make a two-minute call and walk away. She’d think it was sweet. I let the Jose call to go voice mail first.

I tried once and got a random Italian lady, though she said Hello rather than Ciao or something else in Italian. I tried again, this time using a + and dialling my number. I took out my phone and waited. Sure enough, it lit up and indicated an incoming call from a number that looked like pi. Success! 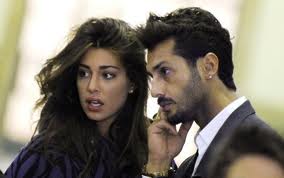 I immediately hung up and dialled my girlfriend again. While it rang I noticed a guy and a girl walking towards me. There was a chance they were just checking out the view but I knew beyond a shadow of a doubt that they were looking for that phone. At that moment I remembered seeing her leave this wall right when I walked over. In fact I had to wait until she left before I could check out the view from that spot.

Right when a curious, “hello?” comes from the phone, the couple is about ten yards from me, coming in hot! I cover the phone with my hand and ask what my girlfriend’s doing, playing it very casually. The couple is now on either side of me, searching the waist-high wall for the phone.

I could’ve told them I had the phone and was calling her contacts in hopes of finding the owner, but they’d already heard me chatting familiarly and would never buy it. Plus they would’ve seen the outgoing calls to a random Italian lady, my US phone, and then my girlfriend’s US phone.

It was only a matter of time before they looked at the phone I was talking into at the very spot she had left hers. It was getting too risky so I told the girlfriend to hold on a sec and promptly hung up. I shoved the phone in my backpack and in the same motion I grabbed my phone so by the time they looked at me more closely, I had my phone in my hand.

Immediately she asks me a question in Italian that I can only assume was, “Have you seen a mobile around here?” I say “No Italiano” and she repeats herself in choppy English, “have you seen a mobile around here?” I shrug my shoulders and say No, acting as innocent as possible, pretending to text an imaginary person on my Samsung which was very different from her piece of shit Sharp. I made a point to really show off my fancy phone, MY phone, not hers.

I thought it was too suspicious to just leave the area, so I pretended to enjoy the view while they searched like bloodhounds all around me. I felt like shit, but I had passed the point of no return. They were about my age and the guy looked like the violent type. I’m guessing that was the Jose who had called earlier. I try to keep acting casual, not making eye contact, and not happy with myself at all.

When I see him pull out his phone, I freak out. I honestly got chills. If he calls the girl again just to get it to make noise and it rings from inside my backpack, I’m fucked.

He starts pushing the numbers so I nonchalantly stand up and start walking away. They’re watching me so I take my camera out of my pocket and act like I’m looking over my day’s photos as I walk off. As soon as I’m far enough away, I quickly reach in my backpack and turn off the phone before it rings. I didn’t even break stride out of fear that they were still watching me.

My first instinct was to go eat and then return the phone to the same wall later on, but I’ve been watching too much CSI and thought it’d get back to me thru the outgoing calls. Again, I had passed the point of no return. My only option was to ditch the phone or destroy it entirely.

I was hungry though, so I ducked into a little trattoria and asked for a table in the back room, facing away from the window, maybe in a dark corner.

I finish up my meal that I could not properly enjoy and start thinking about my options again. Breaking the phone seems so harsh so I decide to just put it where it’ll never be discovered again, maybe in a shallow grave. I feel like the guys in Trainspotting with all that heroin, I’ve got to unload it NOW. It’s the tell-tale heart in my bag.

I no longer have the phone, it’s buried under paper towels in the trash can in the Men’s bathroom in the basement of the obscure trattoria. I couldn’t stand having it a moment longer, I envisioned stepping out of the door and being surrounded by a SWAT team that would have scared even Scarface. I still won’t feel comfortable until I’m back in crowded, chaotic Rome, I hope. I still feel bad for screwing over that poor young girl, you never know how important someones phone is to them.

It’s time to get the hell out of here. The sooner the better. I head to the train station and sit along the tracks. I’m the only one here which isn’t a good sign. The station building is closed and if I hadn’t just got off of a train here three hours ago, I would’ve sworn that this place had been closed for years. The station house was in shambles, there was graffiti all over the walls, and weeds grew over most of the tracks. I have no idea when the next train is coming. I have no choice but to just sit and wait all by myself.

I spent the rest of my time in Frascati trying to find a way to redeem myself. The best that I could do was stop two stray cats from fighting.